Yesterday my wife and I saw the movie Gravity starring Sandra Bullock and George Clooney. The writer in me loved the sci-fi/action/suspense plot line as well as the metaphors, the classic “hero’s journey,” and the juxtaposition of the vastness of space against the telling of one person’s story at the time of her biggest crisis of all–life or death.

*SPOILER ALERT* Scroll fast past the next paragraph (in light gray) if you don’t want to know how it ends.

(Not all survive. But one does and makes it back to earth to complete the hero’s journey.)

What struck me more than the well-crafted plot was the incredible technology that, through the use of computerized graphics, put this movie over the top in terms of realistically portraying life in zero-gravity earth orbit.

Even more fascinating is the ripple effect, for lack of a better term, that the film encompasses. Space exploration was perhaps the main driver behind the immense technological development the world experienced in the last half of the 20th Century. 3D movies are a film industry development that was born of that technology as a way to give us a “real life” experience as we watch make-believe stories about events or people. And this particular 3D story has to do with space exploration. The 3D along with sophisticated computer graphics create a film that is incredibly believable. So in a sense, technology has come full circle. Using cutting edge, space age technology to tell a story about space age technology.

The point of all this is that technology is a huge part of our everyday lives and we can not avoid it other than by taking extreme measures such as moving to a remote part of the world and dropping off the electrical grid entirely. Most of us will adapt and learn to deal with the pros and cons, but some won’t, particularly the old and the poor.

For us first-world, middle class world citizens, we ignore technology at our peril. That’s where the Intellectual cornerstone of a Neo Renaissance (NR) life comes in. We must embrace technology at a minimum level in order to survive, if not thrive, in society. Never stop learning about new technology, new inventions, new ways of thinking, new ways of solving problems.

My first (and yet to be finished second) novel feature Matt Lanier as my main character. One of his flaws (a good thing for a literary character to have, by the way), is that he’s not technologically savvy. He doesn’t even own a cell phone, and tried a computer way back when personal computers were becoming accessible and affordable, but rejected it as too time-wasting for the way he wanted to live his life. He’s a professional musician who either performs, teaches, studies, practices, eats,sleeps, or socializes mainly with his colleagues and a few friends.

He’s not a Luddite, just a man who still functions normally in society without basic personal technology. But when he becomes desperate for a way to help an old friend in dire straits, he turns to an expert in the guise of a brilliant Hispanic college kid who happens to be a computer genius.  That’s a valid way of coping with technology–hire someone. He and Zach (the computer kid) become friends and allies in the first book, and Matt will turn to him again for major help in the second. In this way, Matt manages to survive and prevail despite his technology weakness. 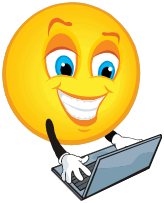 I urge you to keep up with the latest technology. Use it but don’t abuse it. Tech is a tool, not a life style, for most of us, and we need to keep it in perspective. Do you spend more time on electronic social interaction than you spend with face to face social interaction? If so, there’s a place to start. Set the target at 50/50, achieve that level, then work the live interaction slowly up to the majority of your time.

And it goes without saying, don’t text or talk on cell phones while driving. And don’t let your children become totally dependent on technology. Limit their phone, computer, video game, and social media time, and increase their personal interactions as much as you can. Work together as friends and/or family to help each other stay human and not become robots.

What is your tech weakness? Too much, not enough, computer illiterate, cell phone junkie? I’d like to hear from you.

*** NOTE*** I almost forgot to mention I did a guest blog post over at one of my favorite blogs, Trail Baboon, hosted by the uniquely incomparable Dale Connelly, former co-host of one of the great public radio shows of all time, The Morning Show, on Minnesota Public Radio. Check out Trail Baboon.

This site uses Akismet to reduce spam. Learn how your comment data is processed.